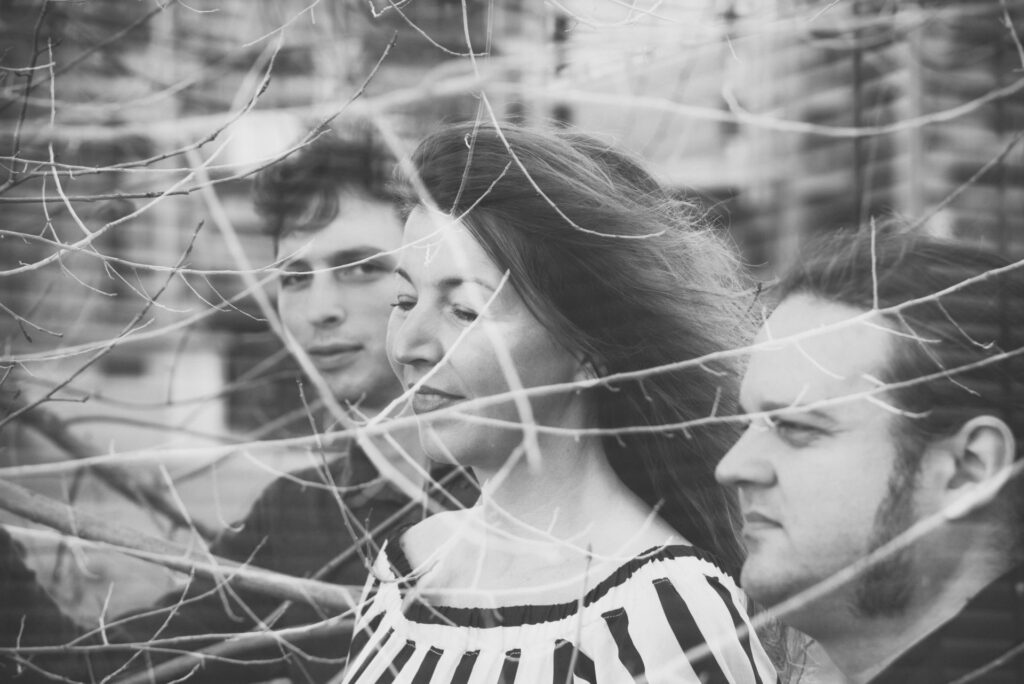 Quite dark and Nordic in feel, this music set the hairs on the back of your neck tingling…

When Majamisty TriO appeared on the Serbian jazz scene near the end of this century’s first decade, they were – it has to be said – an oddity. With their first album Mistyland (2011), Majamisty Trio (Maja Alvanovic-piano, Ervin Malina-double bass, Istvan Cik-drums) instantly garnered appreciation from prominent Serbian critics: the band was one of the headliners of the Belgrade Jazz Festival, their music received praise from JazzTimes as well as All About Jazz, and the release made its way as far as Japan. Boldly stepping outside the main current of Serbian jazz of the time, they conquered new heights, trailblazing for those still in their creative nascence.

Alvanović did not wait long to tackle the challenge of the fabled “second album” (a.k.a. where to from here?). The new boldness was signalled by the very title of the release Love (2014), which would prove to be aptly named. The experience from working on their debut album, the confidence born of creating and arranging it, alongside five perfectly selected guest performers made the second album depict love in full splendour, emerging as a masterpiece of melody and colour in a magnificently sonorous portrayal of the most important thing in the world. What more could you ask for?

In the meantime, they had conquered America and England – as well as several European hotspots – and made an addition to their lineup, the exciting young drummer Lav Kovač. Organic is a very familiar term in jazz, denoting that the band breathes as one, which is one of the best (and unfortunately not frequent) descriptions of the values of this music. It perfectly characterizes the third release of  Majamisty Trio, the first recorded exclusively as a trio, with pianist Maja Alvanović (who is also the composer of most of the songs), the double bass player Ervin Malina and the new member of the crew, drummer Lav Kovač.

From Lav, who introduced the spirit of the new Serbian jazz generation and a sophisticated penchant for discrete musical and rhythmic nuance, to Ervin, with his bold pizzicatos and unsurpassed arco solo magic, and Maja, with her graceful handling of the black and white keys and thrilling romance, but above all the organic, three-in-one union ‒ just like their smiles and hovering bodies reveal in the brilliant photo of Olivera Radmanović. With this course, they have made something timeless. 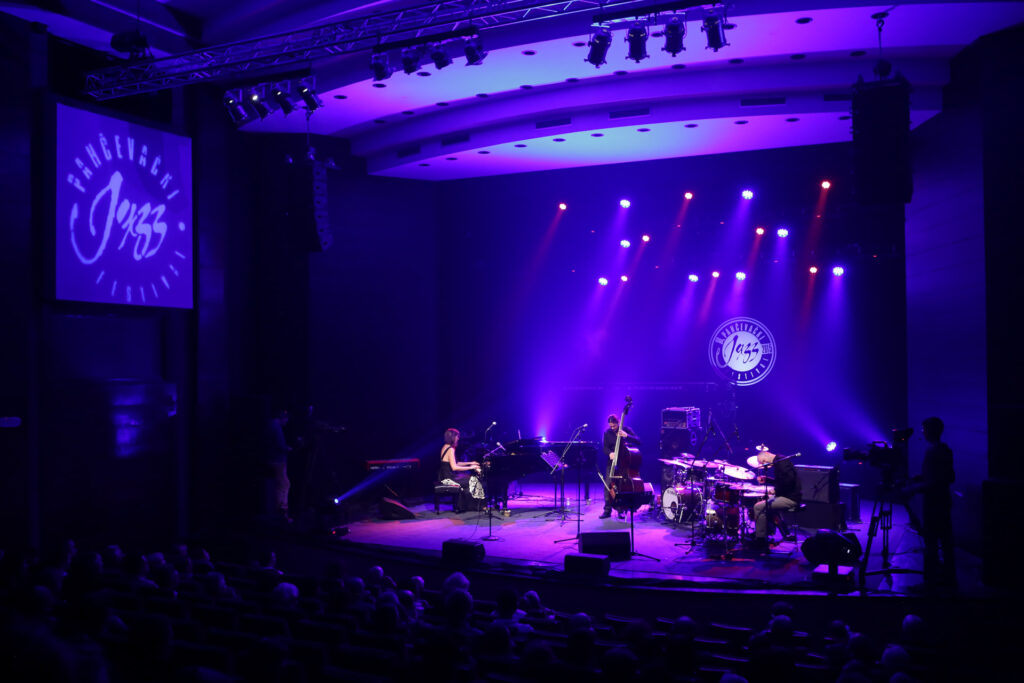 Pianist Maja Alvanović was born in Belgrade in 1974. She is teaching complementary piano at Academy of Arts, University of Novi Sad (Serbia), where she completed piano studies in the class of pianists Kemal Gekić and Alan Fraser, in 2000.

She is experienced in performing with different chamber ensembles, and has performed as collaborative pianist with many vocal and instrumental soloists (strings, winds, brass, percussion). Piano duo MAJRINA with recorded CD TANGOMANIA – tango nuevo music of Argentina composer Pablo Ziegler, was also among her projects.

Along with the academic career and classical music as her principal subject of interest, in 2007. she dove into new music within Agora ensemble dedicated to performance of Portuguese fado. It was a sort of a turnover path to more daring approach, improvisational, spontaneous, authoristic way of music expression.

In 2010 she formed Majamisty TriO which consisted of the following musicians: bass player Ervin Malina and drummer Istvan Cik.

In 2018. Majamisty TriO were joined by a new drummer, Lav Kovac. 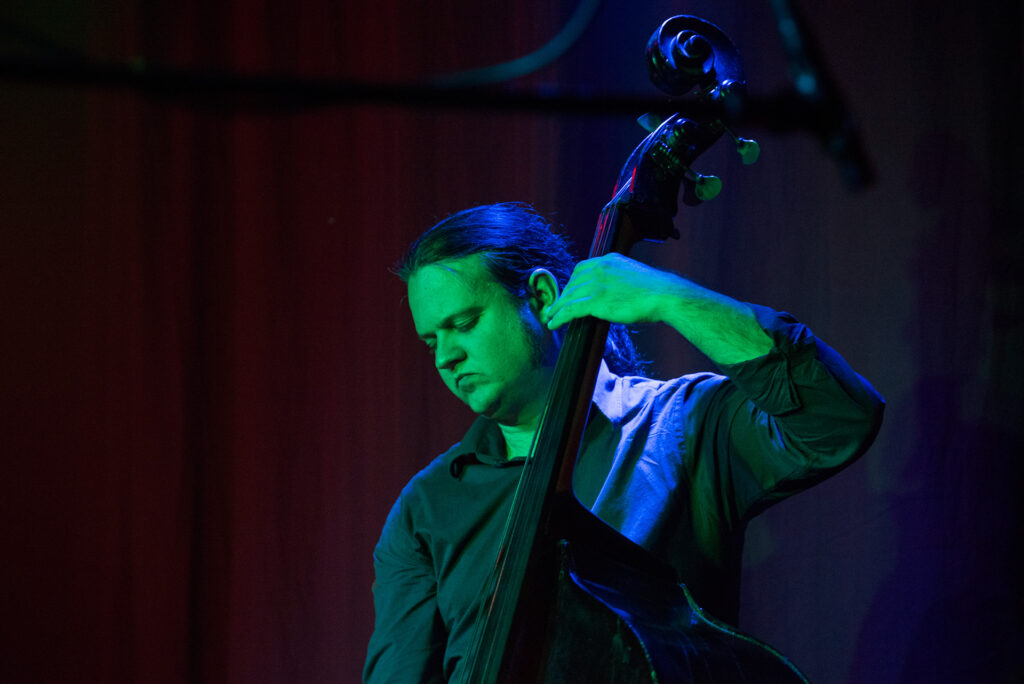 Ervin Malina, double-bass graduated from the Art Academy of Novi Sad (Serbia) in 2007.

His ability to transform and identify with different music styles made him a valued member of a variety of ensembles on his musical journey. Great inventiveness and imagination align him with the most sought-after double bassists in Novi Sad, especially for performing improvised music, jazz.

He is a regular member of the Vojvodina Symphonists Orchestra, as well as of the former Novi Sad Chamber Orchestra. He cooperates also with Olah Vince and his Earth-Wheel-Sky Band, Serboplov ensemble of clarinet player Bogdan Rankovic, OSSA Jazz quartet, Milan Nenin and Trypcicle band. His cooperation with composer Boris Kovac brought him to Norway, Poland, Czech, Bulgaria, Japan…

He also cooperates with the composer Mezei Szilard, in the Mezei Szilard Trio, and other ensemble formations, with whom he has recorded a number of CD albums as well as music for theatre performances. 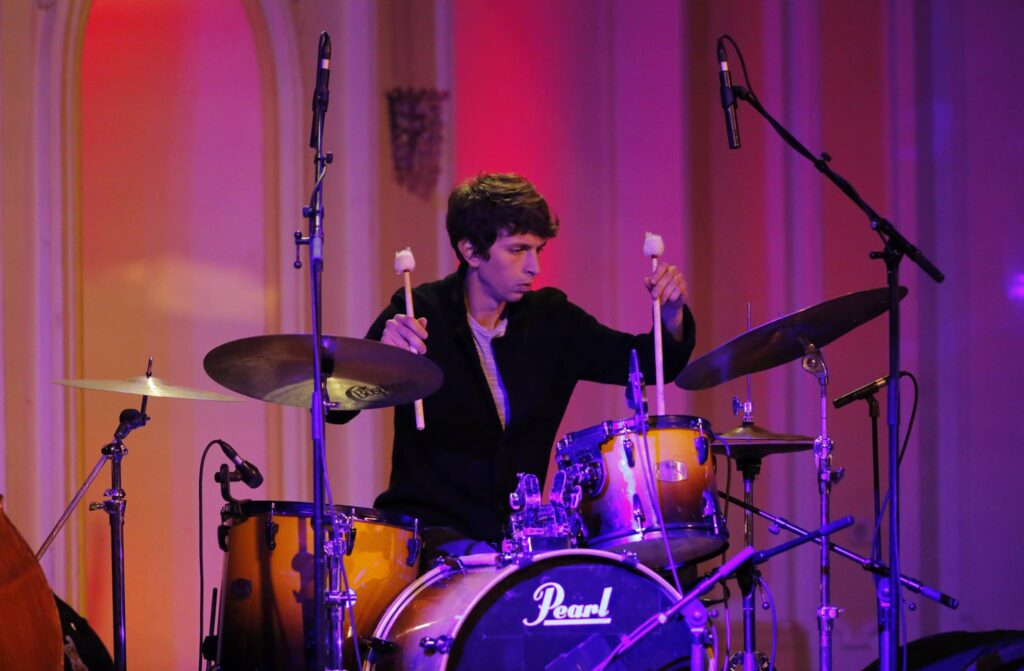 Born in Novi Sad, Serbia in 1991, active as drummer, keyboardist, composer & improviser. He studied classical percussion in Novi Sad with prof. Srđan Palačković and 2015. he graduated at the Prins Claus Conservatorium in Groningen, Netherlands as a student of prof. Steve Altenberg.

There he met most of the musicians that he is still sharing the stage with, an array of most peculiar characters from all around the world.

In May 2018, he’d contributed to the birth of Horz, a creative platform that serves as a music label for now, a big and unique project for all that are involved. Some of the bands that he is taking part in as a member and author of music are: KUHN FU, Zemljani, Schimnik, Dragons Fuel, Hakos Trios, Howling Owl. From 2008. he is regularly touring in various groups with his father Boris Kovač.